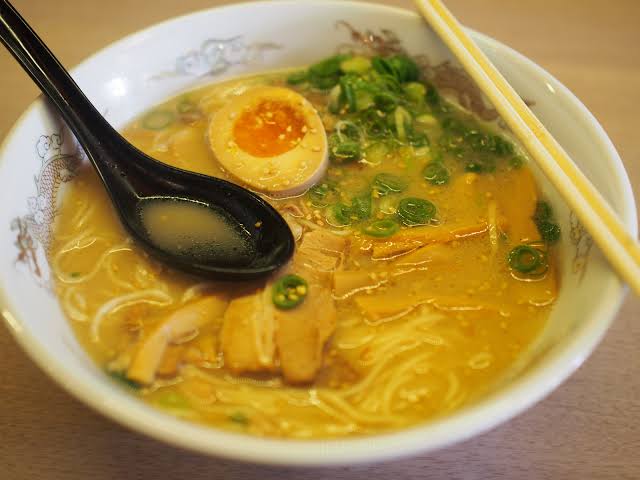 Ever since I saw the movie Ponyo, I’ve been wanting ramen that looks like this. Simple food elevated into art. Not that any Japanese chef would call my rendition here art, but whatever, we’re not going to talk about that.For me, collecting the ingredients for Asian food is usually a bit of a process, and if I were to try it in one go, it would mean several trips to many many stores, and would be one long, and frustrating day. It’s best to do this in intervals. The collection for this soup started with the ramen noodles. 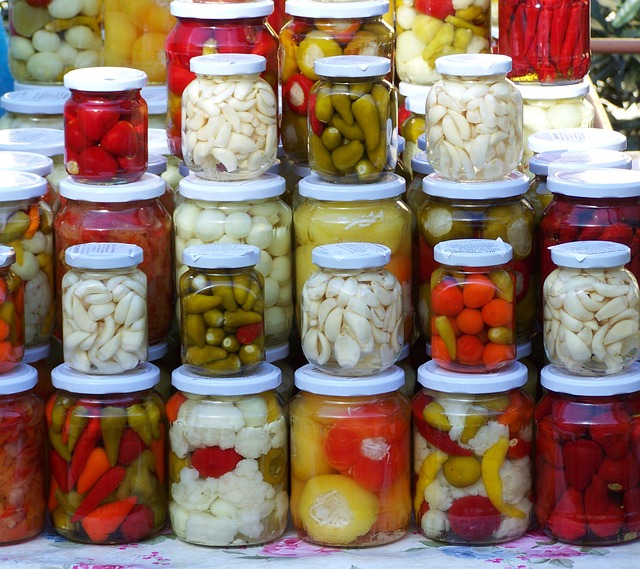 I found a package of plain Chuka Soba noodles. Grocery store ramen contains a heavy amount of hydrogenated oil (at least it did, the last time I checked), and I wasn’t about to have that stuff tainting my masterpiece.That sat around in my cupboard for awhile until the neighbor kids started selling me eggs from their chickens. Once the chickens started to eat a lot of greens, and the yolks started becoming brighter, I knew it was time to finish collecting the ingredients for my ramen.Miso, which is a soy bean paste, was easy enough to find once I asked the health food store worker.

It’s kept in the refrigerator section. I bought a small organic tub of white soy bean paste for about four dollars. Since you only use a little bit for one pot of soup, I still have tons, and it keeps for a very long time. Then I searched for a good protein. I thought of using seared ahi, but that would have made this a more costly soup than I wanted it to be, and then on Ponyo, they use ham, which I wasn’t too excited about. My friend JoLene—who is a foodie I’ve mentioned before, and was a missionary for our church in Japan some years ago—and I talked this over for some time, and we concluded that shrimp would be the best choice here.

My last mission was to come up with some colorful vegetables. I wanted baby bok choy, but could only find the big kind, and it turned out that either variety was fine. I gravitated to a globe of red cabbage in the grocery store, so I bought that as well, and then I remembered I had seen these radish roses, by Noriko at NorikoBurky.com. Hers are even more beautiful. Then I grabbed some roasted seaweed, or nori, which I have to keep under lock and key at my house, since my daughter, who you all know is probably the pickiest eater in the world, can down a package of that stuff in about five minutes. I’m not kidding. As it was, I had to fight to get the few little strips that are barely visible in the picture.

Once I had everything, putting it together was quite simple.

I’ll give you instructions on making the radish roses first, since you will need to start them the night before. But they’re really easier than you think, so don’t fret.Oh, and if you haven’t heard, Carolyn B. is our lucky winner of the Cuisinart giveaway. Congratulations, Carolyn!

1. Place radish slices in a ziploc bag along with the vinegar and sugar. Smooth out all the air, zip it up tight, and squish the ingredients around to be sure they are mixed. Leave in the refrigerator over night. In the morning, they should be pink and soft.

2. Take a very thin slice to start, and curl it between your fingers, take another slice, and curl it around the first. Repeat with several radish slices, staggering the placement of each “petal” to create a natural looking rose. Place in a small bowl. Continue to make the others, and place them tightly together in the bowl, to help them stay together.

1. In a small pot, bring chicken stock to a boil, along with the soy sauce, vinegar, sriracha, garlic, and scallions. Add in a handful of boy choy, and cook until bright, about 30 seconds, to a minute more. Take off heat. Whisk in miso, until fully broken up and incorporated. Add in noodles. Divide between bowls.

2. Arrange the rest of the ingredients on top of the noodles. At the very last minute, very carefully arrange the radish roses in the bowl, using the sides of the bowl for support to keep them in place. 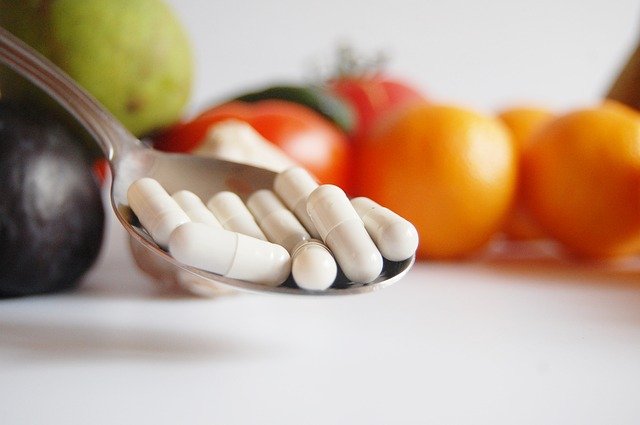 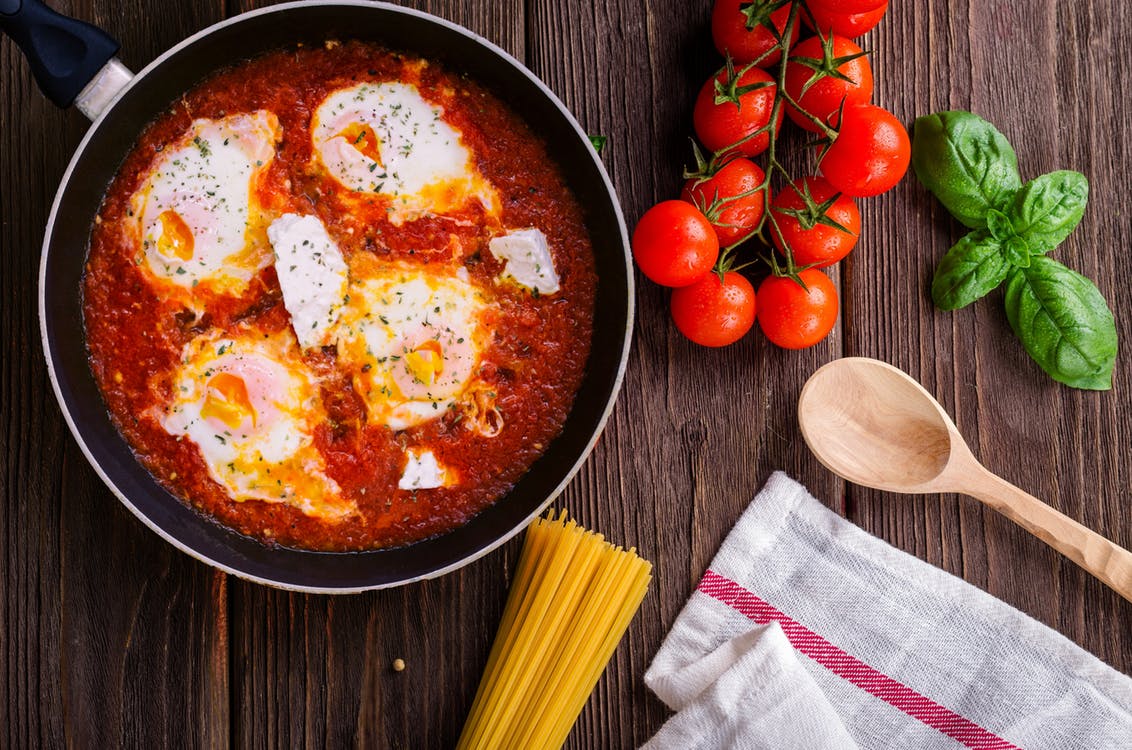 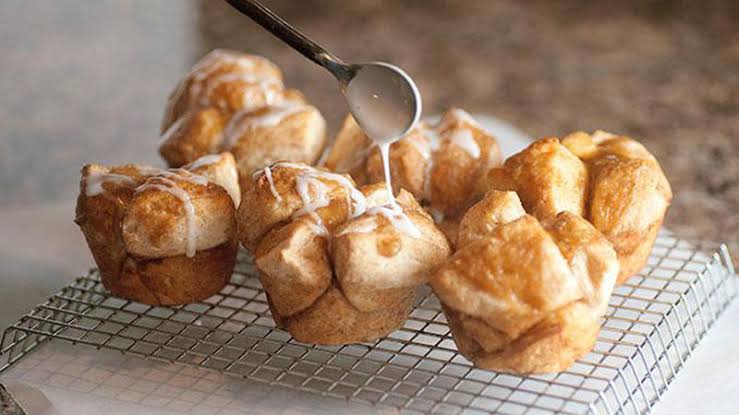