Pavlova is the dessert of my dreams. And rhubarb is the fruit of my childhood. It used to grow in our backyard in Massachusetts, green with little hints of red. Sometimes I’d find a thick stalk, but most were thin and unimpressive. But that didn’t stop me from concocting a dessert out of it every summer. Rhubarb crisp was my favorite. But we never added strawberries. They got devoured by birds the moment they had a hint of red, and buying them from the store was expensive and usually disappointing. Now that I’ve grown, the sharp rhubarb alone isn’t as delicious as I once remembered it, and now that I can find decent strawberries in the store, I like to put the two together for the classic combination. 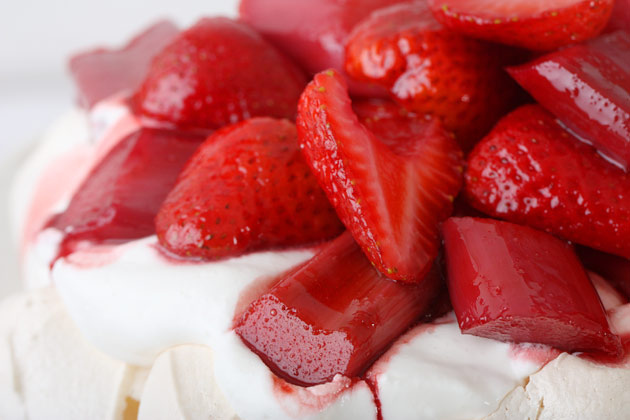 Now, mind you, this rhubarb was red when I got it, but cooking it straight does not produce the glorious color you see here. I actually learned the secret to getting poached rhubarb to look red from Martha Stewart’s Baking Handbook

. That book is so gorgeous. Some of those pictures almost make me cry. The secret to getting a natural red color is. can you guess? It’s not unlike how I got my red velvet cake to be red. That’s right. It’s beets. You basically cut up a beet, cook it in a sugar syrup, shut off the heat, and then add the rhubarb. Then you don’t actually cook it. You just cover it and let it steep for twenty minutes. So easy. Now back to the pavlova. It’s basically a huge meringue topped with whipped cream and fruit. But the meringue itself is different from a normal one, which is what makes it a true pavlova.

A pavlova meringue is crisp on the outside with a billowy marshmallowy center. Now whoever was the genius who came up with the chemical magic to make this happen has my reverent devotion. After you whip up the egg whites and sugar (with no cream of tartar, thank you very much), you dust the top of the mixture with a little corn starch, and then sprinkle on a little vinegar. You fold it in, cook it for an hour, and that’s it. The addition of the cornstarch and vinegar changes the property of a normal meringue completely on the inside from something sticky and crispy, to soft and airy. Oh, I almost forgot to mention, I did a guest post on Katie Goodman’s blog, goodLife {eats} this week. I did chocolate covered ice cream sandwiches. Decadent, I know! Be sure to take a look!

Everything I know about pavlova, I learned from Donna Hay. The basic pavlova recipe is hers. And as much as I try to make it my own, I always refer back to what she makes. She is my baking hero.

1. Preheat oven to 300 degrees. In the bowl of an electric mixer fitted with the whisk attachment, whisk the egg whites until foamy. Gradually add the sugar, about a tablespoon at a time, until it is all incorporated, the mixture is smooth and glossy, and all the sugar is dissolved. To test if the sugar is dissolved, rub a small amount of the mixture between your fingers. If you can’t feel any granules, it is ready. If you can still feel them, continue to whisk the mixture. Once it is ready, sift over the cornstarch, and sprinkle on the vinegar. Fold it gently, but thoroughly, until well combined.

2. Pile the mixture onto a parchment paper lined baking sheet. Use a spatula to shape into a pretty, 7 or 8 inch circle. Reduce the oven temperature to 250 degrees. Bake for 1 hour, turn off the heat, and leave the pavlova there until it is cool. Cut off excess parchment paper and transfer pavlova to a serving dish. Top with whipped cream and strawberry rhubarb compote.

With an electric mixer, whip up all ingredients together until soft peaks form.

1. In a medium saucepan, bring water, sugar, and beets to a boil (stirring occasionally). Turn off heat, add the rhubarb, and cover. Let sit for about 20 minutes, until the rhubarb is tender. Remove rhubarb to a bowl, and simmer the remaining liquid until thickened, about 5 minutes. Add strawberries to the rhubarb. Strain the beet liquid, and pour over the rhubarb and berries. 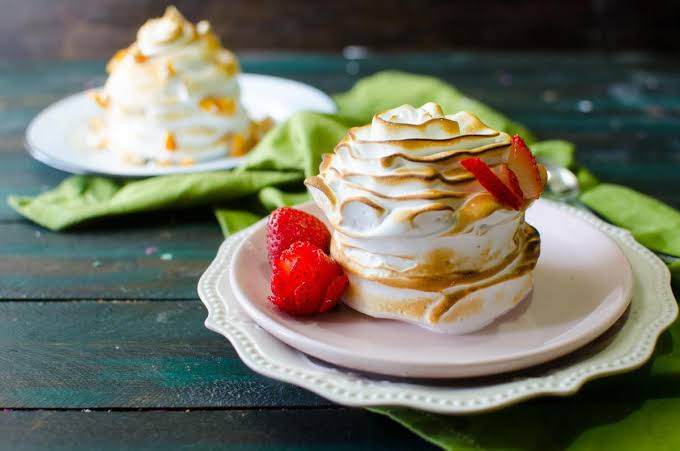 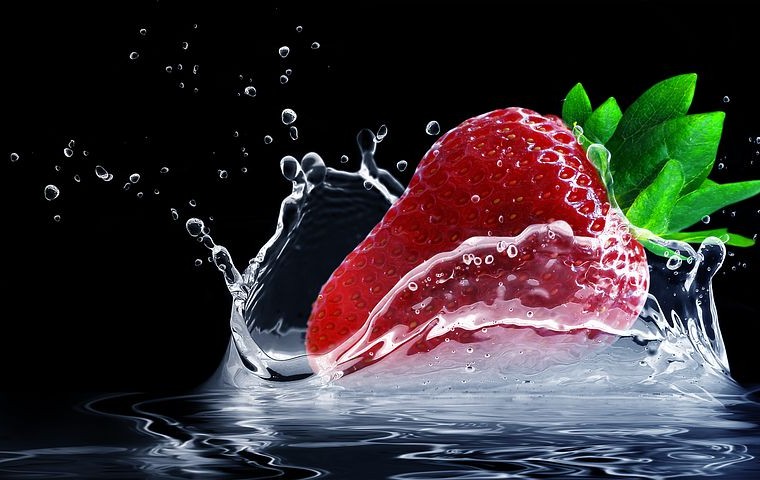 Easy Strawberry Jam You Don’t Need To Can.