Those of you who know me, particularly my friends in Colorado Springs, know how much I love Target. I would bump into friends while I was there, and they’d say, “How come I always see you here?” To which I’d reply, “It’s because I’m always in here.” It was sad, really. But we only lived five minutes away, and I’d often forget ingredients, so there were many days where I found myself there as many as three times per day. It wasn’t a disorder, I swear, I’m just ridiculously disorganized. Since moving to Utah, it’s been a bit more challenging to visit my most favorite retail monstrosity because it’s two towns over, but on Tuesday, I actually ended up going there twice in one day, which made me feel like I was back to the old me. The reason I am telling you this is that last week, I found tubs of mascarpone cheese for only $2 each. 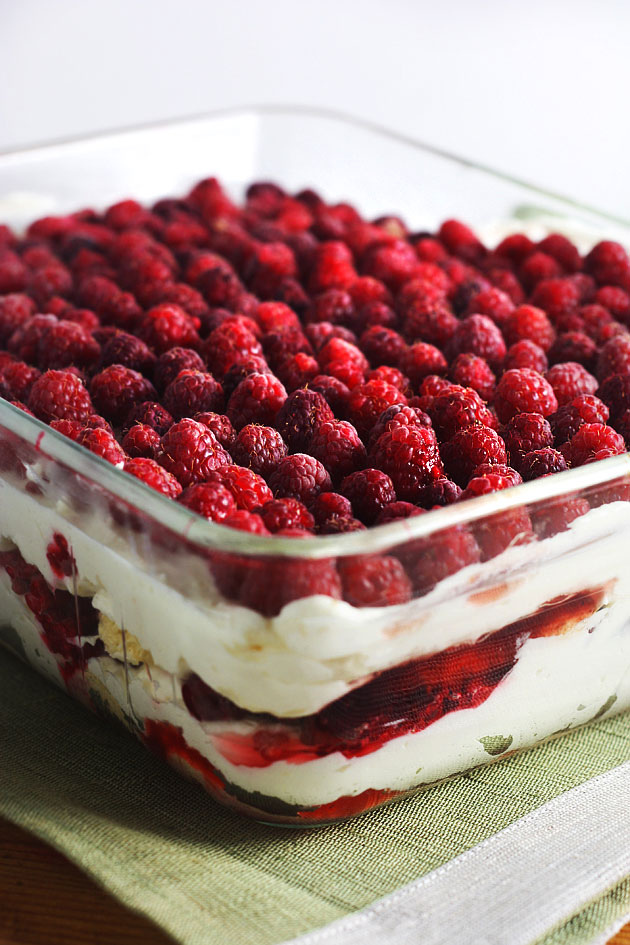 I looked to my right and my left and shoved their entire inventory into my cart, but then I felt bad for the poor people who might be throwing a dinner party later that night, and would have to settle for cream cheese, so I put a couple tubs back. Then my good friend gave me a huge—I mean huge—bowl of fresh raspberries from her garden (THANK YOU, JoLene!!!) And today’s recipe was obvious: easy raspberry tiramisu. Now, I’m not a coffee person nor a rum person, so this recipe is completely safe for kids, babies, Mormons—whoever. And you don’t need to use as many raspberries as I did. I think that’s almost a full flat’s worth in that picture, so unless you grow your own, have friends who love you enough to give you what some from their garden, or want to remortgage your home to purchase that many, I suggest using fewer. It won’t matter, either way.

1. In the bowl of an electric mixer fitted with the paddle attachment, beat together mascarpone and sugar. Add a bit of cream and mix until combined. Add a little more cream and mix again until the mixture is well incorporated and very liquid. Pour in the rest of the cream and the vanilla. Change to the whisk attachment and beat on high until stiff peaks form. 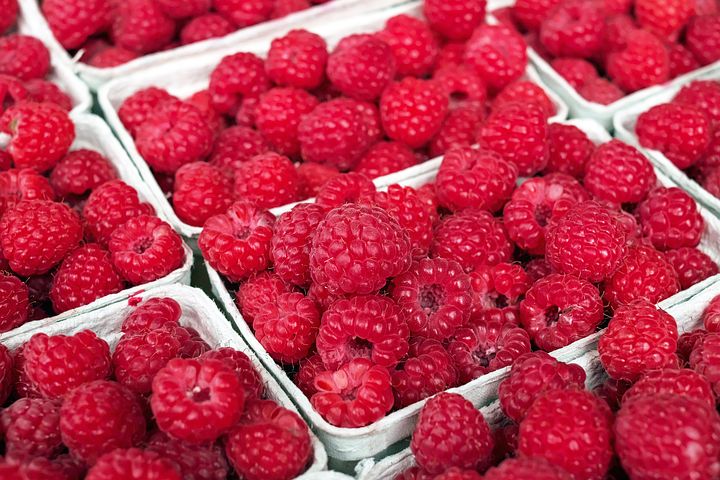 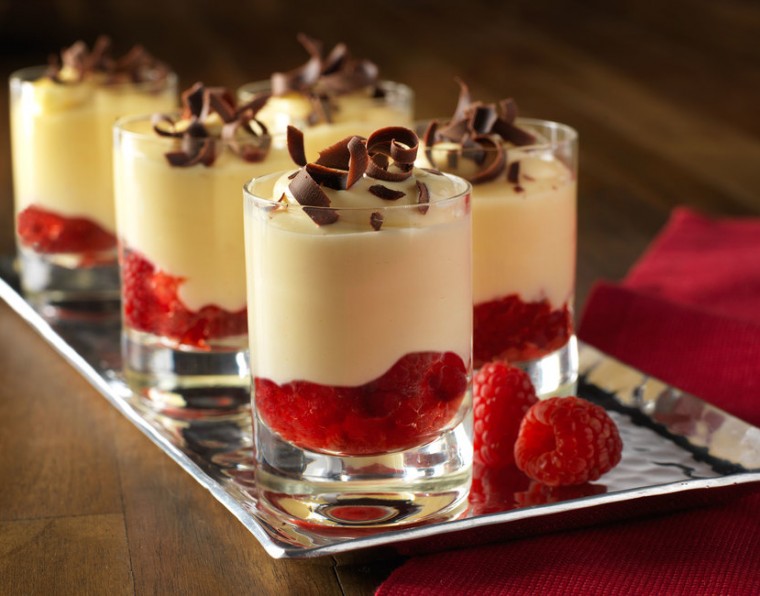