For some reason, I was craving this on Saturday. Nothing else would do. All I wanted was a warm, gooey, chocolate chip cookie, straight out of an iron skillet. With just a little ice cream. I flipped through a cookbook or two, and discovered you could make chocolate chip cookies with melted butter. One recipe (from The Weekend Baker by Abigail Dodge) even had you mix the entire dough in the saucepan where you melted the butter, and then scoop out the cookies from there. Since I was going to use the skillet to bake the cookie, I took their idea further and mixed the entire dough in the skillet and baked it just like that. As this was a lazy Saturday, and my intent was only to satisfy my craving (not a den of Cub Scouts’ or a mob of preschoolers’), I exercised no financial caution and dumped an entire cup of chopped Valrhona chocolate into the mix. 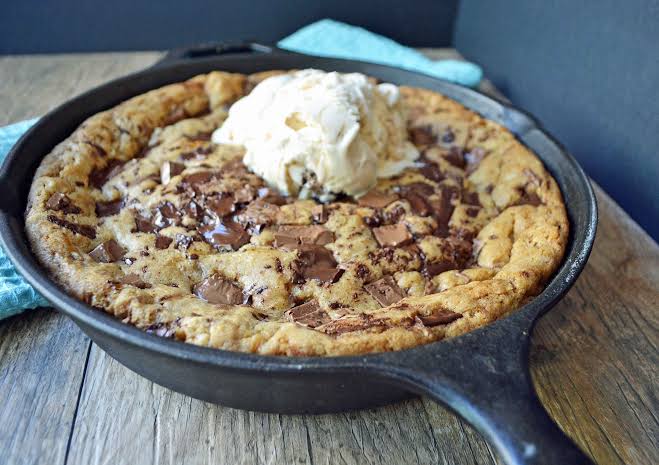 What resulted after baking was a cookie with a crispy outer shell on the top and bottom, and a soft center saturated with mini pools of flowing chocolate. To make this, since it is such a simple recipe, use the very best ingredients you can. It’s very high in calories, so make each one count for something. You wouldn’t want to use crappy flour, or crappy margarine or fake vanilla. That would lessen the flavor, lessen the experience, and still make you fat. Best to use the best. And then run a 5k. Well, you can. I hate running. Now I know that most of you don’t have an enormous bar of Valrhona chocolate lying around. For me, it’s a tax write off (Tee hee hee. I know. Aren’t I lucky?). If I were to recommend another chocolate, I would go with what I’ve been recommending for years: Guittard semi-sweet chocolate chips. They’re the smoothest that I’ve tasted and use real vanilla. If you happen to be where only Ghirardelli chocolate chips are sold, you can get them, too—the chocolate just doesn’t flow very well in a cookie, and they have too fruity a taste for me (They make a beautiful ganache, though). When you serve this, spoon it out as you would a warm cobbler, in great heaping spoonfuls, with a scoop of the very best

1. Preheat oven to 350 degrees. Melt butter in an 8 inch cast iron skillet set over medium-low heat. Stir in sugars and vanilla and remove from heat. Let rest until pan is warm, but no longer very hot, about 5 minutes.

2. Crack an egg onto the butter and sugar mixture, and use a fork to whisk it well into the mixture. Place flour, baking soda, and salt on top, and very carefully stir into the mixture until smooth and well-mixed. Stir in chocolate chunks. Place in the oven for 15-20 minutes*, or until starting to turn golden on the top and around the edges, but soft in the center. Serve with vanilla ice cream.

* As many readers have pointed out, cooking time can vary greatly. When I doubled this recipe, for instance, I made it in a larger pan, and the cooking time was probably around 35 minutes. Also, it will depend on how hot your pan is when you put it in the oven, the size of it, and how well it conducts heat. When you’re making it, judge the cooking time according to the doneness of your preference. You may have to wait a little longer than the recipe says, but you won’t be sorry. 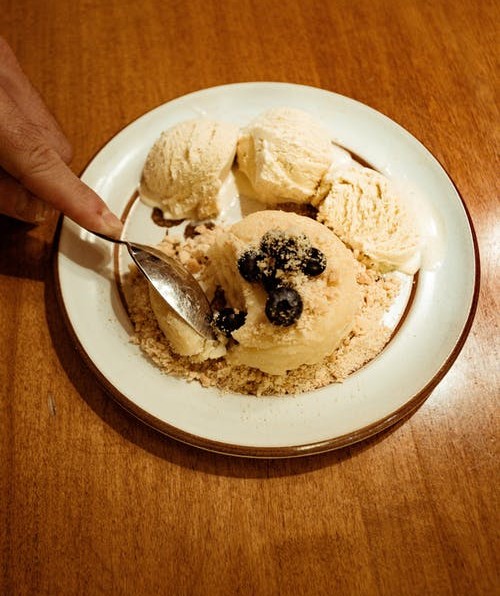 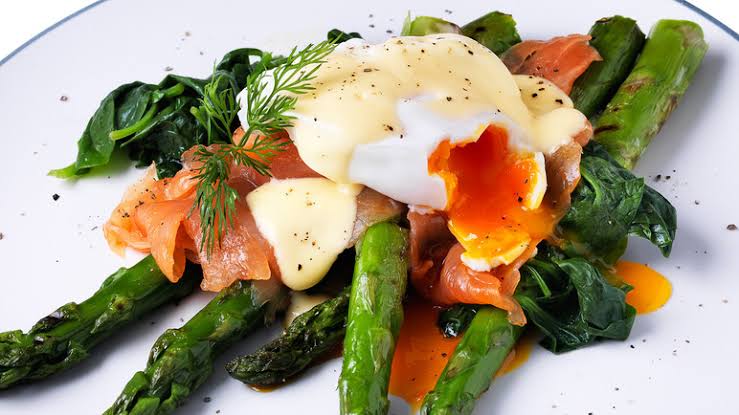